Due to his long breeding history, the Vanhee pigeons are officially considered as a “strain”.

For this Vanhee is rewarded as “Best European Breeder Long Distance and more than 75 years in pigeon sport“.

Over the years the Vanhee strain was developed into five lines. 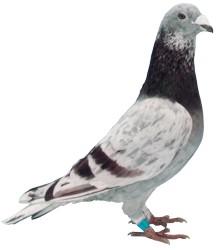